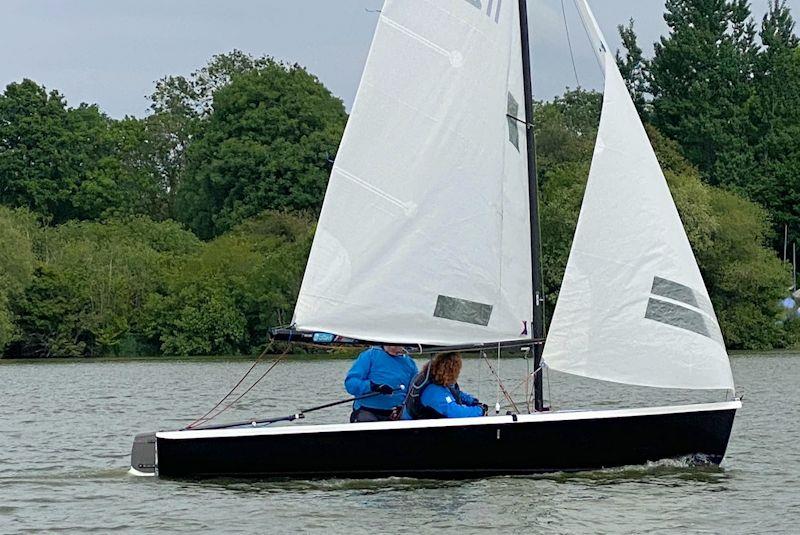 The wind was blowing across the lake and gusting at times in excess of 20 mph. This was not the ideal wind direction but gave shifty and gusty conditions which provided plenty of challenges for the crews and opportunities for gains and losses in each race as they navigated their way around the seemingly random puffs and lulls. The wind increased over the course of the day and the last race was particularly difficult.

After a short break the second race began with Tim and Jacqueline getting away from the fleet at the first mark. They led comfortably throughout for a wire to wire win. Behind them, Nigel and Belinda enjoyed a distinctly average start and had to claw back places during the race. They had a close battle for much of the race with Michael and Christopher sailing 10700. Nigel and Belinda eventually prevailed with Michael and Christopher coming third, a definite improvement on their sixth place in the first race.

After lunch, the final race was sailed with all at stake, on a slightly modified course.

It was Michael and Christopher who got the advantage up the first beat and led the fleet for most of the race from there. Behind them, Tim and Jacqueline and Nigel and Belinda were having a very close race between themselves, exchanging positions regularly. At the beginning of the final lap, however, Nigel and Belinda took advantage of a shift and increased pressure and made their break into a clear second place.

Nigel and Belinda deservedly won the open meeting on count back from Tim and Jacqueline and took home the new Wayfarer trophy presented by Banbury SC. Michael and Christopher moved up to third overall with their final race win. First local boat was 9646 sailed by Andy and Paul. 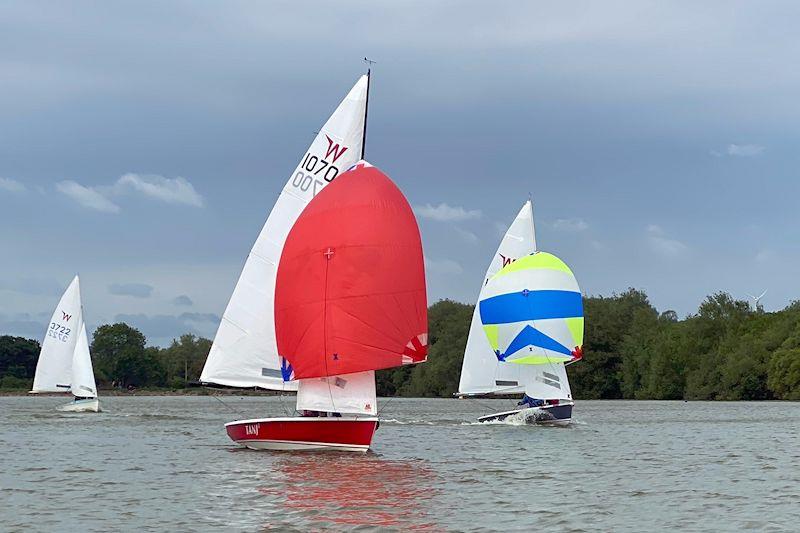 The day before the open meeting, twelve boats had assembled at the club for a Wayfarer training day. The instruction was led by Michael McNamara, legend of the Wayfarer and many other classes besides. Attendees ranged from newbie racers to people who were regulars on the national circuit. Michael pitched his instruction perfectly and there was something for everybody to take away from the day, with instruction on boat setup and trim and boat handling exercises on the water.

A big thank you to Andy Darby and everybody at Banbury Sailing Club for organising the training day and the open meeting, for making the visitors welcome, and an special thanks to the ladies in the galley who provided lunches each day and an evening meal on Friday evening. The racing itself was calmly and efficiently organised by the race officer, Tim Matthews, and his team.