The Craftinsure UK Wayfarer National Circuit (NCS) and Travellers Series 2019 begins on 6/7 April with the Inland Championships which will be held at Datchet SC. In 2018, the NCS was hotly contested being decided at the last event in favour of serial champions Michael McNamara and Simon Townsend. Although rather spoiled by a lack of wind on the Sunday the Inland Championships twelve months ago was equally close, the nod going to McNamara/Townsend from Andrew and Tom Wilson.

With a forecast North-easterly of 12-23 mph forecast for the weekend who are the likely top dogs? ...read more

Like the beginning of every football or Formula 1 season all teams start with zero points and equal chances of success. It will only be as the season develops we will see which Wayfarer team will be the Lewis Hamilton and which will be the Huddersfield Town (with apologies to The Terriers who this year, sadly, have not been top dogs). 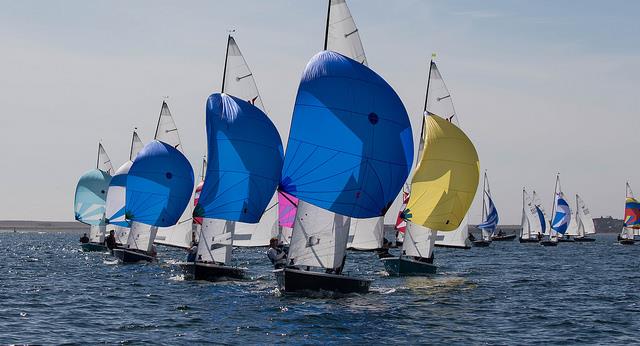