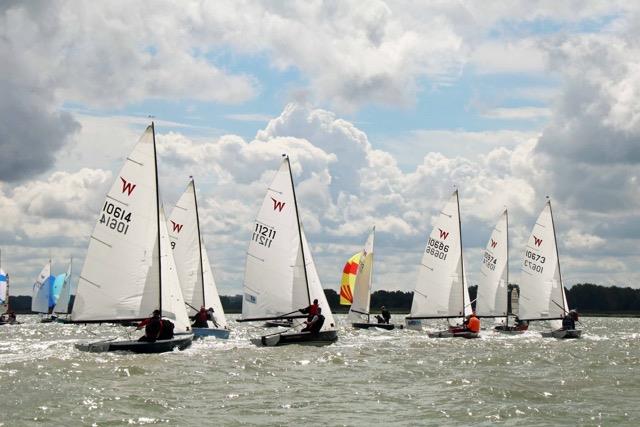 About 20 boats are expected to convene at Medway YC this coming weekend for the Wayfarer Eastern Area Championships which is also Event #3 of the Craftinsure National Circuit and Travellers Series.

Michael McNamara and Simon Townsend, winners of the Inland Championships at the beginning of April will be absent but Andrew and Tom Wilson from Datchet Water SC head up a strong entry which includes Brian Lamb and Sam Pygall from Wilsonian SC/Medway YC, the current series leaders, along with Nigel and Belinda O’Donnell and their clubmates Mike Weighill and Carl Martin from Swarkestone SC who round off the Craftinsure National Circuit Series front runners at this point in time. ...read more

Alongside these, Bill Whitney and John Shelton from Shoreham SC, consistently near the front, will be making their first appearance of the season and John Goudie and Sam Boniface from Wilsonian SC will be hoping to repeat the good form which brought them 4th place overall at this year’s Inland Championships. Representation is also expected from Bough Beech SC through former National Champion, Guy Marks, who finished strongly at Medway YC’s Wayfarer open Meeting in 2018 and Dave Roberts who has been successfully racing Wayfarers for many years.

All the visitors will be joined by members of the strong local fleet including Richard Stone and Catherine Gore who love the lighter airs; all rounders Brian and Liz McKenzie who were the second placed British team at the 2018 European Championships in Denmark; and Stewart and Catriona Coltart, another team which can do very well in the lighter winds. Uber-competitive Mr Craftinsure, Mark Lee, with wife Jane, will be putting aside his golf clubs and making his first appearance of the season in his Wayfarer. All of these would expect to be at or near the front of the fleet if the stars align for them.

The racing will be close and competitive as always. The forecast for the weekend has fluctuated over the last few days but presently it is looking that winds will be from the south or southwest and somewhat light. Some competitors will be furrowing their brows and praying for more wind. Others will be clapping their hands with glee. There’s still time for it all to change.

In addition to the racing (six races over two days on the tricky tidal waters of the river), Medway YC will also put on its usual off the water activities; fish & chip supper on Friday evening for the early arrivals, free beer (courtesy of Shepherd Neame) in the marquee after racing, a champagne reception sponsored by Len Jones and Chesley Storage, a three course meal on Saturday evening with the Commodore’s legendary Kent-centric Quiz….a must do for the visitors from Derbyshire! (only joking, we’ve been promised no questions about Kent this year).

If you are reading this article, race a Wayfarer and haven’t entered the Easterns yet please come and join us. More details, including the race documents, can be found at www.medwayyachtclub.com/2019/04/wayfarer-eastern-championships-18th-19th-may-2019. Do not forget, this event is just one of eight that make up the Craftinsure National Circuit and Travellers Series. Competing at just two of the events guarantees entry to the prize draw which will be held at the season Finale at Bough Beech SC in November with fantastic prizes from Craftinsure, Hartley Boats, McNamara Sails, Allen Brothers and Pinnell & Bax. 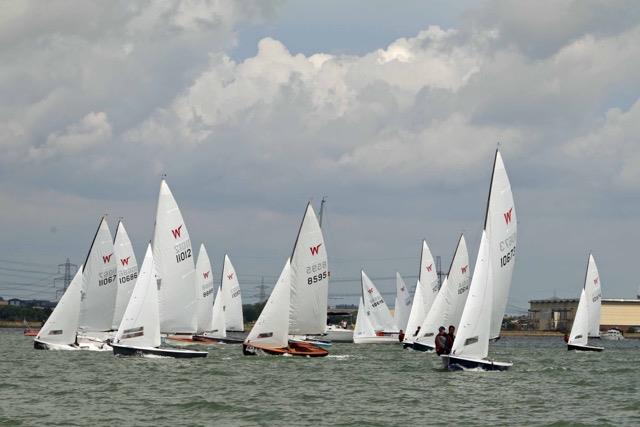