Yachts and Yachting report of the season Finale at Bough Beech:
https://www.yachtsandyachting.com/news/244127/Wayfarer-Finale-at-Bough-Beech 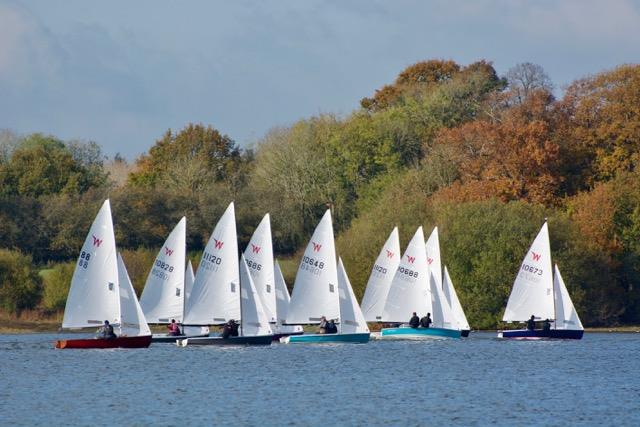 The Wayfarer class is this weekend (13/14 November) looking forward to its final open meeting of the season, the Finale at Bough Beech Sailing Club in the beautiful countryside near Edenbridge, Kent. Looking around the reservoir at the grassy banks and autumn leaves it is easy to remember the words of Hal Borland. “Of all the seasons, autumn offers the most to man and requires the least of him.”

Bough Beech is sometimes like that. The golden trees beyond the reservoir offer much. The sky is often blue. The wind blows usually for one day, sometimes for both. The Club is welcoming and the racing keen. Many of the fleet put this event on their “must-do” list even if their support of other meetings during the year has been, shall we say, patchy. So it is that we expect to see, for the first time this season, Martin and Donna Collen (Contessa 32 National Champions 2021), Guy Marks (Wayfarer National Champion 2015) and John Clementson (multiple Graduate and Mirror Champion), all of whom will make the fleet stronger. ...read more

This open meeting is also the culmination of the Craftinsure National Circuit and Travellers Series 2021 which takes in eight championships or open meetings up and down the country; on the sea, on rivers and estuaries, and on reservoirs and ponds. The series is a true test of all round sailing ability, not just a feat of persistence in obtaining diesel when none seemed available! This year, so far, 48 boats from 15 clubs have competed in one or more of these events. These are encouraging numbers in a post lockdown year where we have had to rebuild our confidence. 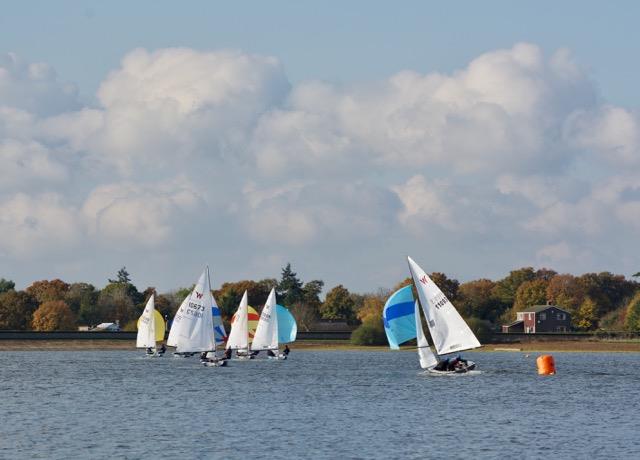 As we head into the final weekend’s action, the leaders of the National Circuit Series are Michael McNamara and Simon Townsend. They have won every event they have attended this year although they have regularly been pushed hard by Andrew Wilson and his various crew, and sporadically by others. The Travellers Series rewards those who travel most and perform well and this year the leaders going into the final event are Nigel and Belinda O’Donnell, who have fired up their four-wheeled-country-cottage and travelled to all parts of the country supporting virtually every event. Will they hold on for the overall win? We will have to see.

As well as the trophies and glassware to be won, the prize-giving at Bough Beech also takes in the annual end of season draw where sail numbers are drawn from a hat for fabulous prizes such as a year’s free insurance, a new genoa or a new top cover, all courtesy of our generous sponsors, Craftinsure, McNamara Sails and Hartley Boats. The more events a boat has attended the greater its chance of winning one of these prizes. You have to be “in it to win it”. 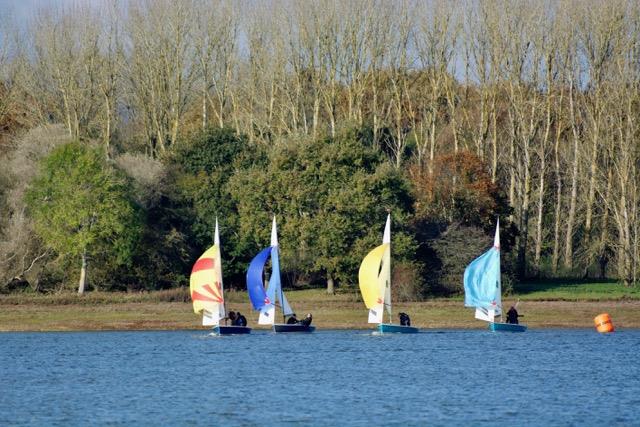