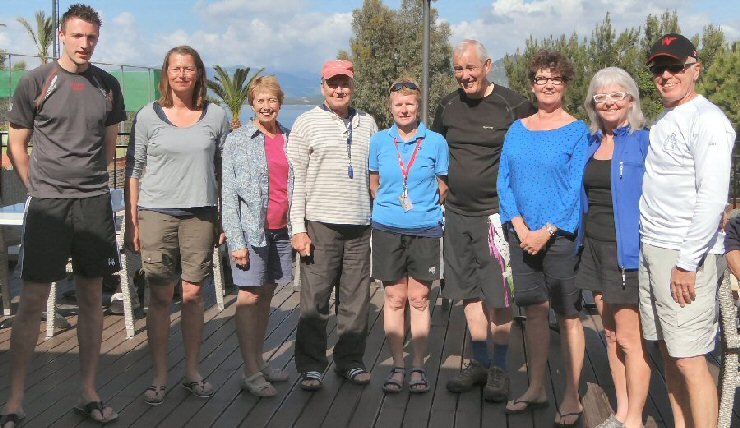 The Wayfarer International Committee performs two functions. The first is to promote Wayfaring in as many different parts of the world as possible, and to set up National Class Associations (NCA’s) in countries where there are sufficient numbers of Wayfarers to make this viable. At present there are Class Associations in Scandinavia (SWS), Canada (CWA) and the USA (USWA), and from 2003, the Dutch have become the fifth National Class Association (NedWA). The UKWA is the largest Association, and includes members from Ireland, whose representative is part of the UKWA committee.

The second function of the WIC is to standardise Wayfarer Class Rules and their interpretation, so that all Wayfarers can be raced on equal terms at any event organised by a Class Association. The aim of the WIC is to maintain the one-design character of the Wayfarer world-wide, so that it remains a relatively simple, multipurpose dinghy, suitable for both racing and cruising.

Members who wish to put forward proposals to change and/or simplify the Wayfarer Class Rules may do so according to a specific (yearly) schedule. The member would first need to approach the WIC representative (or the R&T committee chairman in the case of the UKWA) of their National Class Association’s Executive Committee with their proposal. The Executive Committee would then discuss the proposal at a UKWA Committee meeting, and return their view on the proposition to the member concerned.

An official proposal (which would possibly be an amended version of the original) would need to be submitted to the WIC Secretary by the beginning of September, who would then send it out to the other WIC representatives for their NCA’s consideration. To be ratified, the proposal must get at least a two-thirds majority of all the votes cast. Voting rights are related to the size of each NCA’s membership.

The Wayfarer websites run by each of the National Class Associations are helping to expand the number of known Wayfarers being sailed around the world, as Wayfarer owners in countries without an NCA use the internet to find more information about the boat they sail. The Wayfarer has an enviable reputation for bringing together like-minded sailors from different parts of the world in a spirit of friendship and hospitality.

It is hoped that more members in all parts of the world will take advantage of the opportunity to sail in other areas and countries with the increasing number of international Wayfarer events and activities now being organised. I would be pleased to offer any preliminary advice with regard to these events, as well as hear from any members who might come across Wayfarers being sailed in any other part of the world. I can be contacted on [wic-uk@wayfarer.org.uk]